Meet Valiente Giovanni Frappuccino! This horse is so special, he needs three names 🙂 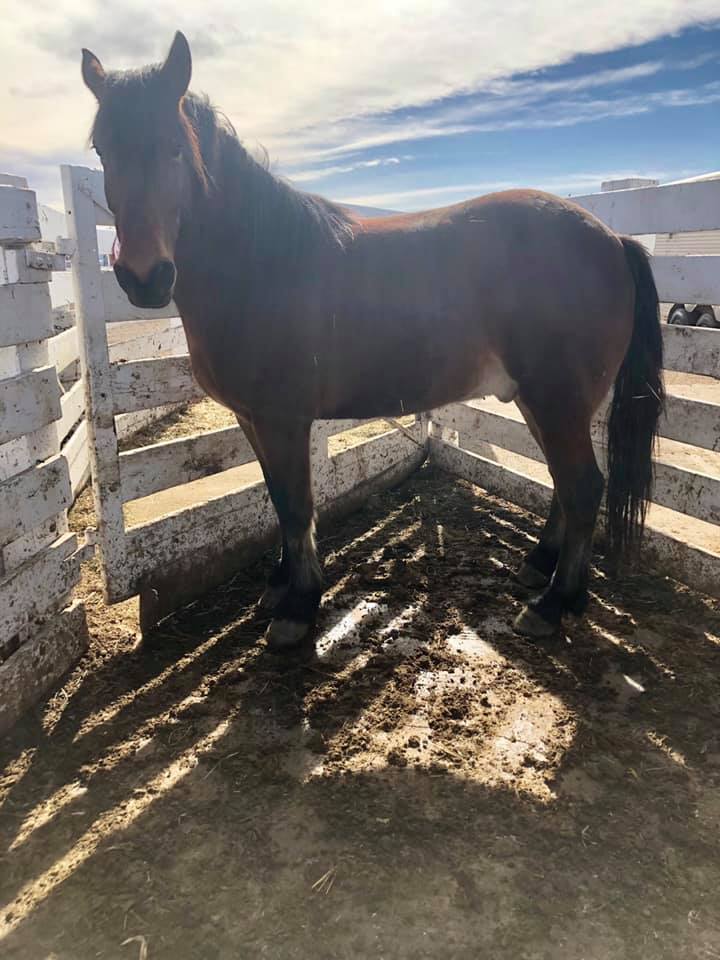 When we visited Colorado Horse Rescue to look for our next sponsor horse after Odin’s adoption (check out that little tear-jerker here…) we may have been a bit influenced by trainer Sarah’s obvious love for this big guy.

Valiente came from Centennial Livestock Auction, where he had run through several times and was discarded each time as presumably, the adopters found him to be too much for them. When Sarah stepped in to rescue him, it became clear that he had had a very traumatic past and didn’t trust humans AT ALL. Even a hand on his neck would produce violent full-body shaking before he couldn’t take it and would bolt away. He had cuts and scrapes on his head and body, and all signs pointed to pushing him way too aggressively during training. He had obviously been “trained” – he had shoes still hanging on at crazy angles and was familiar enough with equipment to know it was all bad. This horse was totally different than Odin – who was an unhandled blank slate so to speak. Valiente has lots to overcome before his real training can begin, and we are excited to be able to be a part of the process as he learns to trust.

Today’s training session centered around teaching Valiente to approach and then touch the halter with his nose, for which he is rewarded with a small handful of grain. Every training session means he has a low pressure, positive experience. Training for this horse means walking the fine line between pushing him a bit to get past his barriers, without overwhelming him and adding to his fear. Valiente is fairly comfortable with Sarah and is able to perform this simple task fairly easily, though it is definitely much easier on his left side than his right. Sarah also worked with him on allowing her to pet him on the neck and shoulder, and pick up his front hooves calmly. As you will see in the video below, the main difficulty is watching his body language, and immediately taking pressure off as soon as he starts to shut down.

Because Valiente is smart, he doesn’t generalize between different humans.  This means though he is starting to trust Sarah, he sees her as the exception to the evil human rule! Because of this, Amy got the chance to work with Valiente a bit on our visit! Working on the same principles we have been observing (or trying to!) Amy was able to reward Valiente for approaching and touching the halter but had a bit more trouble on the more guarded right side.

Once Valiente has had enough good experiences with people to begin to override his rough past, he will be an absolutely gorgeous partner. He seems like he might become a “one-person horse” – could that person be you?